Africa Education Partnership believes that the future success of Nigeria lies in high quality education for all children, regardless of gender, religion, or ethnicity.  It is our mission to work with individuals and organizations that share our goal and to provide funding for the construction, renovation, and outfitting of schools that embrace this vision.
We work closely with established partners in northern Nigeria to provide quality schools compete with new or renovated buildings, boreholes (or wells), toilets, perimeter walls, and educational supplies including playground equipment.

​Periodic, volunteer-paid trips provide opportunities for teacher workshops and site visits to prioritize needs and guide our journey together.

Africa Education Partnership, Inc. was started in 2009. The very concept first started as a friendship between founding president Don Ghostlaw and Bishop John Danbinta. Recently appointed as bishop of Gusau, Zamfara, Nigeria, John Danbinta was sent to Connecticut to pursue his Master's Degree in Christian-Muslim Relations at Hartford Seminary.  Christian-Muslim relations are highly volatile and strained in Nigeria, especially in the northern regions of the country.

Nearby, at the adjoining University of Connecticut satellite campus, Don was teaching a law course. Bishop John, needing help with the editing of his thesis, was given Don's name as an editor.  It was during their study sessions that Bishop John shared his vision of creating a school where children from all faiths and ethnic backgrounds could grow and learn together, having equal opportunities for a quality education. This encounter forged the first bond between our countries.

After Bishop graduated and returned home, he sent an invitation to Don to come and visit.  The folks who would later become founding board members put together a fact-finding group. They embarked on a trip to the capital city of Gusau, Zamfara State in northwestern Nigeria to explore the possibilities of making the dream come to life. After looking at property, exploring costs and investigating the logistics involved, they began work on the first school block funded by AEP.

Through the ensuing years, Graceland International School has become an accredited 4-building campus, home to over 400 students.  It continues to thrive and has changed the face of the community, with positive support of the education provided at the school and a blended school board working cooperatively.

Since that time, AEP's efforts have expanded into Kaduna State, forming another partnership with Bishop Markus Dogo of Kafanchan.  Since 2018, this collaboration has produced improvements in Kafanchan, Jagindi Tasha, Kogum River, and Godogodo.  The work is ongoing in these areas.

The future hope is to expand even further with educational improvements and to honor the requests that AEP has received for new school buildings in other areas of Nigeria.

​Africa Education Partnership, Inc. was formally recognized as a 501(c)3 nonprofit organization in 2012.

There is little governmental infrastructure for social services. No welfare, no food banks, little medical care, a broken educational system leaving many without access to schooling, no unemployment benefits…the list is seemingly endless. If we in the U.S. need help, we call out to family, friends and community or government resources. Were we to have none of those resources, we may be forced to make choices that are a reality for many Nigerians. These choices can have dire outcomes, such as the frequent kidnapping and banditry.

There is little physical infrastructure. You may have a place to live but there is no guarantee of safe drinking water, sanitation, electricity, consistent access to food and material items, or personal safety to carry out the activities of daily life.

Nigeria has the largest population and biggest economy in Africa. It is one of the main political influencers on the continent. It is the fifth largest producer of oil - an incredibly important and lucrative global commodity. What happens in Nigeria reverberates throughout Africa and beyond, yet so few understand that connection.

AEP was, and continues to be, an organization founded entirely on personal relationships. The friendship between our community and Nigeria is based on mutual trust, communication and due process for every project for which we provide aid. We listen to the expressed needs and priorities from the people for whom challenges are a daily occurrence.  Visits back and forth between our countries have made families out of friends.

Our board is composed of a dedicated group of folks who have been working together for many years.  We all share a love for our partners and a passion for the future of Nigeria.  Members generously share their time, talents, and treasure to support the mission; all serve as volunteers.

Don Ghostlaw has been the driving force in the creation of Africa Education   Partnership and has served on the AEP Board since its inception in 2009. He   has visited Nigeria twice, and has participated in all AEP fund-raising activities.
​
​ Don also serves on the Board of The Rob Branham Foundation, a nonprofit   organization serving leukemia patients and their families, and is legal guardian   for several mentally handicapped adults.

In his work life, Don is a practicing attorney specializing in non-patent   intellectual property matters, with a focus on technology clients. Don has a   B.S.  in Computer Science from Boston College, and a J.D. from Western New England College School of Law. He is a member of the Connecticut, Massachusetts and New York state bars, and has been practicing for over thirty  years.
Don is married with one child. 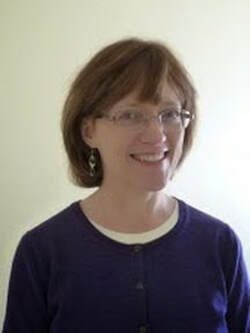 ​ Barbara Hoff is retired from a career in software project management for   financial service companies.  Supporting education is a passion of hers, from   volunteering in classrooms to leading the parent-teacher organization, to   advocating for school building projects in her town.

​ Barbara has served on the board since the organization was started.

Bob has B.S.B.A. from Western New England College majoring in   Accounting.  Now retired, he served as a controller for several   Connecticut companies including Schaller Auto World, Inc. and   DATTCO, Inc. both of New Britain, CT, where his last 25 years of   employment were enjoyed.

Bob is married to Elaine and they have two children, Andrea and   Nathaniel, son-in-law Brad and three wonderful granddaughters.

Bob has served as Senior Warden, Assistant Treasurer and several   other leadership roles at his church. Bob's experiences have included
traveling to and observing distant villages, establishing accountability   with Nigerian partners, working numerous roles in medical outreach programs, and visiting school sites with Elaine.
In 2009, he traveled with Don Ghostlaw and Peter Dewberry to assist with the start-up of Africa Education Partnership in Gusau, Nigeria.  In January 2021, Bob accepted the role of treasurer for Africa Education Partnership.

​Elaine has a Master's degree in Special Education from Westfield State University.   She is retired after a 35-year teaching career. Her assignments were split between   the Capitol Region Education Council (CREC) at Two Rivers Middle Magnet School   and the Granby Public Schools, both in Connecticut.  After serving as a special   education teacher, she finished her career in Granby as a Consulting Teacher for   grades 7-12.

Elaine has been married to husband Bob for 45 years. They have two children,   Nathaniel and Andrea, son-in-law Brad, and three granddaughters.
​
​ Elaine is passionate about Nigeria and treasures the friends she has made there.   She has completed ten trips, traveling to check on the progress of various
school projects, providing opportunities for teacher dialogue and sharing of ideas, facilitating conversation, and brainstorming solutions. She has been involved with Africa Education Partnership since its beginning in 2009. 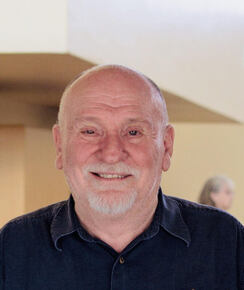 ​The Rev. Peter Dewberry was born in South Africa. After Seminary, he received ordination from the Baptist Union of Southern Africa. In 1971 he began a Church planting ministry. During the next 32 years, he planted and pastored four churches including two in South Africa-Goodwood Baptist Church, in the suburbs of Cape Town and Emmanuel Baptist Church in Durban.

In 1985 Peter and his family moved to the USA. He became the founding pastor of White Marsh Baptist Church in Gloucester County, Virginia. In 1992, Peter became the founding pastor of NewLife Christian Fellowship in Glastonbury, Connecticut. In the summer of 2003 Peter founded Free Inside, a non-profit charity working for the rehabilitation of prisoners facilitating their reintegration into society.

Peter is married and has three children, a son and two daughters, and seven grandchildren. He traveled to Gusau, Nigeria in 2009 with Don Ghostlaw and Bob Chagnon to help establish AEP and has served on the board since that time.

Angela trained in the UK as a RN and subsequently worked in medical   clinics in Akron for 24 years. After retiring in 2006, Angela volunteered   with Hospice, parish nursing, community meals and Stephen Ministry to   name a few.

She has had a special interest in Africa since she was a young girl in   England. In 2011 she traveled with a humanitarian team to Nigeria. Her   first week with the team was spent in the medical clinic in Kateri,   Kaduna State. In the second week she joined another group and   traveled to Gusau in Zamfara State, to learn more about the educational   needs of the region and to view the progress of the building of Graceland   International School.
​
Angela has served on the AEP board since 2014.  She is married to Peter, a cognitive-behavioral therapist in Akron.  She has two sons, Matthew and Daniel, and two grandchildren. 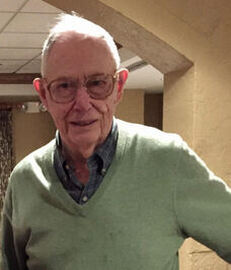 Before retiring, Paul was the President of Gilbert Lumber Company, a   manufacturer of industrial wood products.  His adventures in overseas work   for the Episcopal Church include Chairman of the Diocese of Ohio   Companion Relationship Committee with Brazil, member of the Joint   Standing Commission on World Mission of General Convention, member of   the Executive Council of the Episcopal Church and its committee on world   mission, and member (for almost 25 years) of the Covenant Committee with   the Diocese of Liberia.  He also represented Executive Council on the UTO   board and the Presiding Bishop's Fund for World Relief (now called ERD).​